Recently I had the opportunity to speak with my former law professor, Brandon Garrett, about the DOJ’s Swiss bank program. Professor Garrett is the Justice Thurgood Marshall Distinguished Professor of Law at the University of Virginia School of Law, and author of the recent book Too Big to Jail: How Prosecutors Compromise with Corporations. Professor Garrett has written and spoken extensively about white collar corporate prosecutions and the use of non-prosecution and deferred prosecution agreements in the corporate prosecution context. 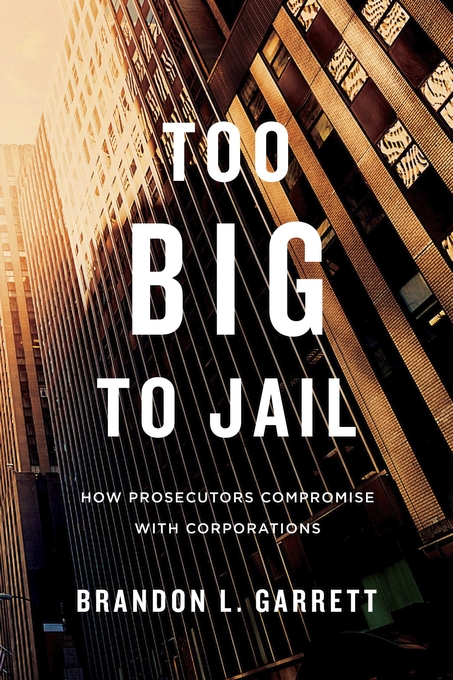 A little background to our conversation. The DOJ’s Swiss bank program provides in part a path for Swiss banks that believe that they may have committed tax-related criminal offenses in connection with undeclared bank accounts held by U.S. persons or entities to resolve potential U.S. criminal liability by offering non-prosecution agreements (NPA) for banks satisfying the program’s requirements. To be eligible for an NPA, a participating bank must, inter alia, (1) agree to pay substantial penalties, (2) make complete disclosure of their cross-boTorder activities; (3) provide detailed information on an account-by-account basis of accounts in which U.S. taxpayers have direct or indirect interests; (4) provide detailed information about other banks that transferred funds into secret accounts; and (5) close all accounts of non-compliant U.S. account holders. To date, the DOJ has entered into NPAs with 42 Swiss banks and has stated that it expects to conclude all additional NPAs under the program by year end.

The text of our interview is below:

Carolyn Kendall: According to DOJ, the Swiss bank program for Category 2 banks is almost over; DOJ has stated that it plans to finalize all Non-Prosecution Agreements (NPAs) for these institutions by the end of 2015. What do you think about the decision to address the issue of offshore tax evasion through the use of Swiss banks via NPAs in exchange for information rather than more traditional prosecutions?

Professor Garrett: We have never before seen an entire program of corporate criminal amnesty. The result has been record numbers of prosecution agreements with banks, but almost all have been non-prosecution agreements, which banks could benefit from if they came forward before the Tax Division’s deadline. The Swiss banking program combines some elements of the Antitrust Division’s Leniency program, which provides immunity to companies first to report cartel behavior, and limited leniency to second-to-cooperate companies, with other elements of Tax Division amnesty programs set up to encourage voluntary reporting by tax evaders.

The approach is creative and while in general I have criticized overuse of non-prosecution agreements as a tool, where they result in out-of-court deals with corporations, such an approach seems particularly salutary in the context of foreign banks operating behind a wall of Swiss banking secrecy. These Swiss bank prosecutions have made enormous progress in breaking down the walls that for too long permitted U.S. taxpayers to shield their assets.

Moreover, it is noteworthy that prosecutors have rewarded banks that not only were forthcoming about their conduct, but provided information about clients that evaded taxes. To cooperate fully, one would expect a criminal defendant to fully provide the evidence concerning the criminal acts, but given traditional Swiss banking rules, and the limitations on disclosing client information, cooperation by these banks was particularly important. We have seen many dozens of Swiss banks large and small cooperate so far in the program, and it sounds as if we will see another wave of these settlements before too long.

Carolyn Kendall: The Yates Memo, issued in September by DOJ Deputy Attorney General Sally Yates, directs federal prosecutors to hold individuals responsible in cases of alleged corporate wrongdoing, and to condition cooperation by corporations on companies providing “all relevant facts relating to the individuals responsible for the misconduct[.]”

How do you think that DOJ’s increased focus on individuals might affect the Swiss bank program or similar, future programs related to banks in other countries?

Professor Garrett: The Swiss banking cases may pose particular obstacles to the new stated DOJ focus on individual accountability, because they may so often involve foreign employees and officers of foreign banks. Providing all relevant information concerning clients who evaded taxes may as a result sensibly be a higher priority for U.S. prosecutors than targeting foreign bank officials, whose extradition may pose challenges. Moreover, the Yates Memo does not apply to more specialized prosecution programs, such as the Antitrust Division’s Leniency Program, and perhaps the Swiss banking program could be considered sufficiently separate and unique in its approach for the Memo to not fully apply.

Carolyn Kendall: The Swiss bank program seeks in part to hamper Americans’ ability to hide assets and evade taxation via Swiss intermediaries, and to secure financial penalties from complicit institutions. What are your thoughts about the structure and amounts of the penalties assessed in the program and whether they serve as an effective deterrent to banks and bankers in other jurisdictions?

Professor Garrett: We are already seeing U.S. prosecutors move away from Swiss banks to other banks around the world that sought to step in and lure U.S. taxpayers seeking to conceal their assets from the IRS. As a result, this broader prosecution effort may not only end tax evasion in Switzerland, but make it more difficult to evade taxes around the world. Swiss banks had the advantage of being safe havens; riskier and less trustworthy banks in other countries may be less and less attractive to tax evaders in the U.S.  Those shifts may do a great deal to deter tax evasion in our globally interconnected financial system. The fines levied on banks, of course, will not deter taxpayers, and effective enforcement directed at the demand side – the willing tax evaders – will also play an important role in deterring tax evasion

Carolyn Kendall: Should a version of the Swiss bank program model be applied domestically, and if so, how? Could this be done?

Professor Garrett: Companies should receive marked leniency for self-reporting and companies that conceal crimes should not receive such leniency. Crimes committed within complex organizations may sometimes go entirely undetected. An amnesty program seems particularly justified where one is worried that conduct might otherwise go completely undetected. Secretive cartel behavior is prosecuted using a program designed to encourage reporting, under the Antitrust Division’s Leniency program. The Dodd-Frank whistleblower provisions, and the IRS whistleblower provisions seek to encourage reporting at the individual level – and that may be just as effective or more so as encouraging corporate-level reporting – time will tell. Prosecutors could do more to incentivize self-reporting, which while it is a factor in the guidelines that prosecutors use to decide how to charge corporations, it is not a factor that has been clearly and consistently applied.