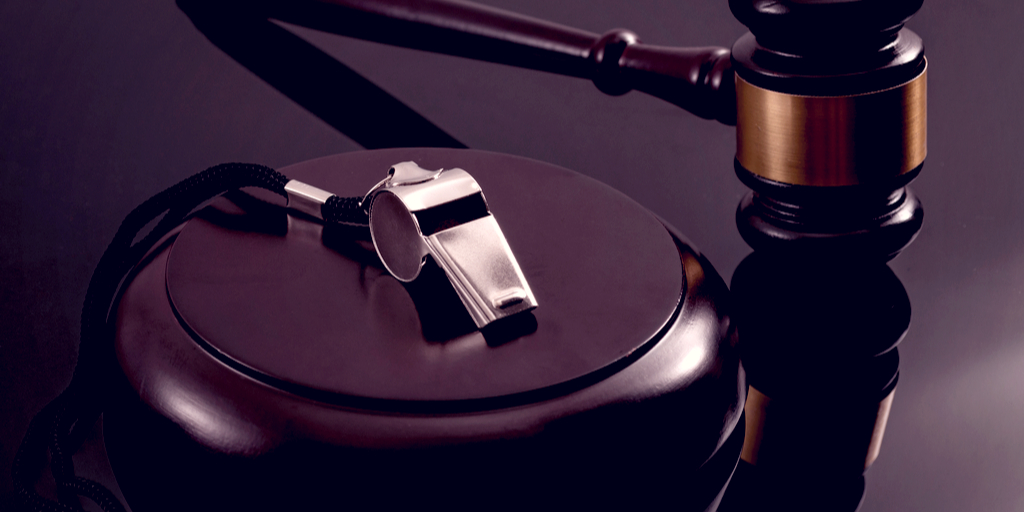 On October 28, 2019, the Third Circuit in United States v. Wegeler, No. 17-1717, 2019 U.S. App. LEXIS 32282, addressed an issue of first impression, holding that a False Claims Act (FCA) relator whose information resulted in a criminal prosecution cannot intervene in that prosecution to pursue a whistleblower award. The court held a relator can only get a recovery by proceeding with his FCA qui tam action. In so ruling, the Third Circuit joined the Ninth and Eleventh Circuits, which are the only other circuits to have considered this issue.

The False Claims Act permits actions to be brought by a relator – a private person acting in the name of the Government. 31 U.S.C. § 3730. If the government decides to intervene in a relator’s action, the relator can continue as a party to the action, subject to certain limitations; if the government declines to do so, the relator may conduct the action on his own. Under either scenario, the relator generally is entitled to receive between 15 and 25 percent of the proceeds of the action or settlement of the claim. 31 U.S.C. §§ 3730(c)(1), (d)(1).

The FCA also permits the government to “elect[] to pursue its claim through any alternate remedy available to the Government, including any administrative proceeding to determine a civil money penalty.” 31 U.S.C. § 3730(c)(5). “If any such alternate remedy is pursued in another proceeding, the person initiating the action shall have the same rights in such proceeding as such person would have had if the action had continued under” the FCA. Id. In Wegeler, the Third Circuit considered whether a criminal proceeding against one defendant named in the Relator’s qui tam suit constituted an “alternate remedy” under the FCA in which Relator could participate. The Third Circuit held that it did not.

In United States v. Wegeler, the Relator worked for a company that provided supplemental educational services to public school districts in New Jersey. In her qui tam complaint, she alleged that the company engaged in fraudulent billing practices, such as billing for absent students and for services not actually provided. The complaint remained under seal for almost seven years while the government investigated the allegations. During the seal period, Relator provided information, documents, and “even deposition testimony from a separate matter” to the government. 2019 U.S. App. LEXIS 32282 at *8. The government ultimately declined to intervene in Relator’s action.

While Relator’s action was pending, and as a result of Relator’s complaint, the government charged one of the defendants in Relator’s action with criminal tax fraud and evasion. The defendant pleaded guilty and agreed to pay restitution of $1.5 million, which represented the tax loss. At sentencing, Relator filed a motion to intervene in the criminal case alleging a right to a relator’s award from the restitution amount. The District of New Jersey denied her motion and the Third Circuit affirmed.

The Third Circuit began by holding that the Relator lacked standing to intervene in the criminal proceeding. The court explained that permitting Relator to intervene would be “squarely at odds with the long held tradition of American jurisprudence that a private citizen lacks a judicially cognizable interest in the prosecution or non[-]prosecution of another.”  Id. at *14 (alteration in original) (internal quotation marks omitted). This prohibition derives from Article III’s standing requirement, as the Relator “is no different than any other member of the public in terms of the concrete harm she suffered when the government chose to prosecute or not prosecute [the defendant].” Id. at *16.

The court also addressed Relator’s claim that the criminal proceeding was an alternate remedy in which she was permitted to intervene for the sole purpose of protecting her interest in the defendant’s restitution. Relator stressed that she was not trying to intervene in the decision to prosecute, which had already been made – in fact, the defendant already had pleaded guilty and been sentenced. The court determined that “to the extent that the FCA provides relators a right to intervene in another proceeding [conducted as an alternate remedy], their interest in a share in the proceeds recovered in that proceeding is not among those for which this right is provided.” Id. at *20. The court based its decision on the FCA’s text and legislative history, both of which clearly contemplate continuation of the FCA action when the government pursues an alternate remedy. Id. at *20-21. The court concluded that the Relator “may nonetheless take solace in the government’s representation – to this Court and to our two sister circuits that have confronted this question – that it allows a qualified relator to a share of the full amount of a damages award, including the restitution previously paid.” Id. at *23 (internal quotation marks omitted) (brackets omitted).

Oddly, the court concluded by stating that it would “not opine on whether a criminal proceeding is an alternate remedy such that a relator retains her FCA rights, including the right to a share in the proceeds.” Id. at *22. The court also did not consider whether the FCA’s inapplicability to tax violations under Title 26 of the U.S. Code barred Relator’s desired intervention. Id.