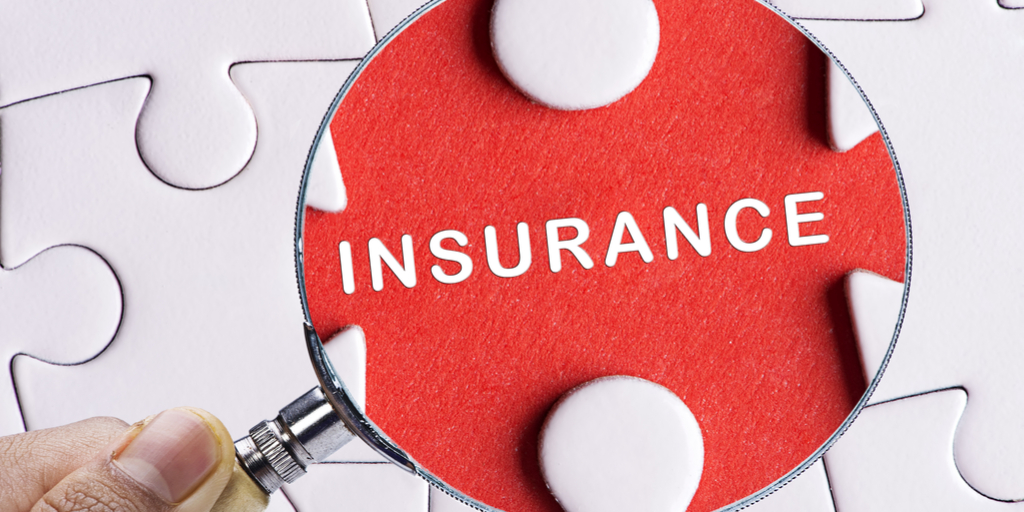 In its most recent pronouncement regarding the UM/UIM stacking provisions of the Pennsylvania Motor Vehicle Financial Responsibility Law (“MVFRL”), the Supreme Court of Pennsylvania overturned decades of precedent by declaring the “household vehicle exclusion” found in most personal automobile policies to be void and unenforceable as a matter of law. In its 5-2 decision in Gallagher v. Geico Indemnity Company, 2019 Pa. LEXIS 345 (Pa. 2019), the Court invalidated the “household vehicle exclusion” based upon what it perceived to be a conflict between the exclusion and the UM/UIM stacking provisions of the MVFRL, which are codified at 75 Pa. C.S. § 1738.

The facts of Gallagher are critical to understanding the Court’s logic. Brian Gallagher was operating his motorcycle when the driver of a pick-up truck failed to stop at a stop sign and collided with Gallagher’s motorcycle. Gallagher sustained serious injuries in the accident. At the time of the accident, Gallagher was insured under two separate automobile policies. Notably, both policies were issued by GEICO. The first GEICO policy (“the Motorcycle Policy”) insured Gallagher’s motorcycle only and provided up to $50,000 of UIM coverage. The second GEICO policy (“the Automobile Policy”) insured two automobiles owned by Gallagher and provided up to $100,000 of UIM coverage for each vehicle. Important for the purposes of the Court’s analysis, Gallagher did not sign a waiver form to reject the stacking of his UIM coverages; instead, Gallagher voluntarily paid higher premiums for stacked UIM coverage under the Automobile Policy.

Gallagher eventually settled his bodily injury claim against the driver of the pick-up truck; however, the pick-up truck driver’s insurance coverage was insufficient to compensate Gallagher for his injuries. Consequently, Gallagher filed UIM claims with GEICO and attempted to stack the limits of the Motorcycle Policy and Automobile Policy, for a total of $250,000 ($50,000 under the Motorcycle Policy and $200,000—$100,000 for each vehicle—under the Automobile Policy) in UIM coverage. GEICO paid its $50,000 UIM limits under the Motorcycle Policy, but disclaimed coverage under the Automobile Policy based upon the application of that policy’s “household vehicle exclusion.” This exclusion—which has commonly been included in Pennsylvania personal automobile insurance policies for some time—provided that “[t]his coverage does not apply to bodily injury while occupying or from being struck by a vehicle owned or leased by you or a relative that is not insured for Underinsured Motorist Coverage under this policy.”

Gallagher challenged the denial under the Automobile Policy by filing suit against GEICO in the Court of Common Pleas of Westmoreland County. In a motion seeking summary judgment, GEICO argued that the Pennsylvania appellate courts had previously—and routinely—enforced identical “household vehicle exclusions.” GEICO further noted that these courts did so even after considering § 1738 of the MVFRL, which provides that stacked UM and UIM coverages are the default coverages for all insureds, and that insurers are required to provide insureds with statutorily-prescribed waiver forms if they decide to decline UM and UIM coverages. See, e.g., Sackett v. Nationwide Mut. Ins. Co., 919 A.2d 194, 203 (Pa. 2007).

In response, Gallagher claimed that he was entitled to the $250,000 in stacked UIM coverage because: 1) he purchased stacked coverage, and paid higher premiums as a result; and 2) GEICO’s interpretation of the “household vehicle exclusion” in the Automobile Policy acted as a de facto waiver of UIM stacking. In other words, Gallagher claimed that the exclusion for household vehicles effectively rendered stacking a nullity, thus violating the requirements of the MVFRL that establish the specific and particular manner in which an insured may reject UM/UIM stacking. GEICO prevailed on summary judgment in the trial court and on the subsequent appeal to the Superior Court.

Following Gallagher’s appeal of the Superior Court’s decision, the Supreme Court reversed the Superior Court and held in favor of Gallagher. Writing for a five-member majority, Justice Baer concluded that the “household vehicle exclusion” in the GEICO Automobile Policy violated the MVFRL’s requirements as to the manner in which stacking may be rejected: specifically, the insured’s signing of a waiver of stacking form that contained specific language putting the insured on notice of his or her right to stacked UM/UIM coverage absent a formal waiver. See Sackett v. Nationwide Mut. Ins. Co., 919 A.2d 194, 202 (Pa. 2007). According to the Court, the application of the “household vehicle exclusion” urged by GEICO thus served as a “disguised waiver of stacking” that did not comply with the MVFRL. In reaching its decision, the Court relied heavily on the fact that Gallagher paid higher premiums for stacked UIM coverage and had a reasonable expectation of coverage.

The majority opinion acknowledged that it was effectively overruling multiple previous decisions that applied the “household vehicle exclusion.” The Court also conceded that its decision would affect the underwriting and claims-handling practices of insurers that offer personal automobile insurance policies in Pennsylvania. Specifically, the Court’s decision would presumably require insurers to be aware of all vehicles owned by their insured, even if those vehicles were not insured on the insurer’s own policy; and would seemingly permit these insurers to charge increased premiums based upon the prospect of future stacking. The Court stressed, however, that in this particular case, GEICO did not face that difficulty since it issued both policies. Moreover, in a footnote, the Court suggested that the insurance industry was equipped to “employ its considerable resources” to minimize the difficulty of identifying all UM/UIM coverages available to its insured by taking proactive steps such as requiring the disclosure of all household vehicles as part of the application process.

In his dissent, Justice Wecht argued that nothing in the text of the MVFRL prohibits the enforcement of “household vehicle exclusions” like that contained in the GEICO Automobile Policy. Rather, the dissenting opinion argued that such an exclusion went to the scope of the UM/UIM coverage afforded by the policy in the first instance, whereas § 1738 governed the insured’s choice to either accept or reject stacking. Justice Wecht also criticized the Court’s “solution” that insurers identify the UM/UIM coverages available to the insured during the application process; for example, Justice Wecht questioned how insurers were to deal with new vehicles or household members added to a household long after the application process had concluded. The dissenting opinion also raised a question as to how existing policies issued by insurers relying on the exclusion are to be addressed. According to Justice Wecht, because the Court’s decision would deprive “insurers … of the underwriting tools of contractual exclusions,” these insurers “will be forced to resort to a broad and crude proxy: a hike in premiums for all Pennsylvania policyholders without regard to all excluded risks.” In Justice Wecht’s view, “[t]his is the very outcome that the General Assembly sought to avoid when it enacted the MVFRL.”

As a result of the Gallagher decision’s invalidation of the “household vehicle exclusion,” insurers that offer personal automobile insurance policies in Pennsylvania should anticipate a surge of litigation by policyholders who were previously denied coverage based on this exclusion. Indeed, less than a week after the decision was issued, such suits were already being filed in the Pennsylvania courts. Arguably, the holding in Gallagher—and thus its impact—may be more limited than it appears at first blush. Specifically, in Gallagher, GEICO issued both the Automobile Policy and the Motorcycle Policy; it was thus aware of Gallagher’s ownership of a motorcycle, even if it did not insure it on the Automobile Policy. Put differently, the majority’s holding seems to make the most sense in circumstances where the carrier insured all of the vehicles the policyholder seeks to stack, even if they were not insured under the same policy. However, to require the carrier to know about all vehicles owned by the policyholder at the time of the subject accident—even, as the Gallagher majority seems to suggest, if the carrier does not insure those vehicles—seemingly would require carriers to insure risks about which they may not have been aware. Undoubtedly, policyholders will disagree that the Gallagher decision means anything other than that the “household vehicle exclusion” is unenforceable in Pennsylvania under any circumstances. It can be expected that this question will come up in the recently-filed, post-Gallagher lawsuits.

For the same reasons, Gallagher will also undoubtedly place a substantial burden on an insurer’s underwriting and risk assessment functions. Specifically, Gallagher seemingly places a responsibility on insurers to continuously accumulate information regarding household vehicles before, during, and long after the policy application process. Moreover, the possibility that an insurer might be responsible for stacked UIM benefits based on vehicles not owned at the time of the purchase of the policy (but purchased before the subject accident and insured under another insurance policy) will likely, as Justice Wecht predicted, force insurers to seriously consider an increase of premiums for stacked coverage.

The Supreme Court’s decision in Gallagher has far-reaching implications for insurance carriers that do business in Pennsylvania, both because of its effect on underwriting and claims-handling, and because it appears to invalidate a commonly-used exclusion and the substantial body of case law interpreting it. Just how far-reaching these implications are remains to be seen; however, what is clear is that Gallagher dramatically changed the landscape for insurance carriers that offer personal automobile policies in Pennsylvania.