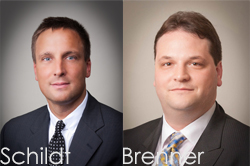 On June 21, 2016, Insurance Law Principal Steven J. Schildt and Associate Jeffrey M. Brenner secured summary judgment on behalf of Post & Schell client Metropolitan Property and Casualty Insurance Company in the Superior Court of Pennsylvania. Their motion for summary judgment was granted on Defendant’s assertion that Plaintiff’s claims of insurance bad faith were time-barred under the applicable statute of limitations.

Mr. Fieldhouse filed his writ of summons on October 16, 2012, and a subsequent complaint alleged he was involved in a motor vehicle-pedestrian accident on June 9, 2008. Mr. Fieldhouse filed a claim with Metropolitan for property damage to his vehicle and Metropolitan assigned a claims investigator, who also cooperated with the police department’s criminal investigation of the accident. Based in part on the information received from Metropolitan, the police arrested Mr. Fieldhouse, and the district attorney filed charges. Metropolitan’s claims investigator testified at a preliminary hearing on January 5, 2009, and thereafter, the district attorney withdrew all of the charges.

Mr. Fieldhouse’s complaint alleged that Metropolitan had aided and conspired with the police and other law enforcement agencies by complying with law enforcement requests for information regarding his alleged criminal activity. Mr. Fieldhouse alleged this activity amounted to bad faith under 42 Pa. C.S. 8371.

Mr. Fieldhouse argued the statute of limitations was tolled until October 18, 2010, when the Commonwealth dismissed the criminal charges against him, or on January 5, 2014, when the statute of limitations expired for the criminal charges. The sole support for Mr. Fieldhouse’s argument rested upon Diamon v. Penn Mut. Fire Ins. Co., 372 A.2d 1218 (Pa. Super. 1977). In Diamon, an insured had been charged by the police with filing a false proof of loss after a fire broke out in his home. Although the insured was convicted, the charge was later reversed. In the insured’s subsequent civil suit against the insurer, the insurer argued that the insured’s claim was time-barred. However, the Superior Court disagreed and found the statute of limitations to be tolled because the criminal charges were only brought against the insured “as a result of being told by [the insurer’s] adjuster that [the appellant-husband] had attempted to cheat the company” and that the detective involved in the matter signed the criminal information “at the instigation” of the insurer’s adjuster.