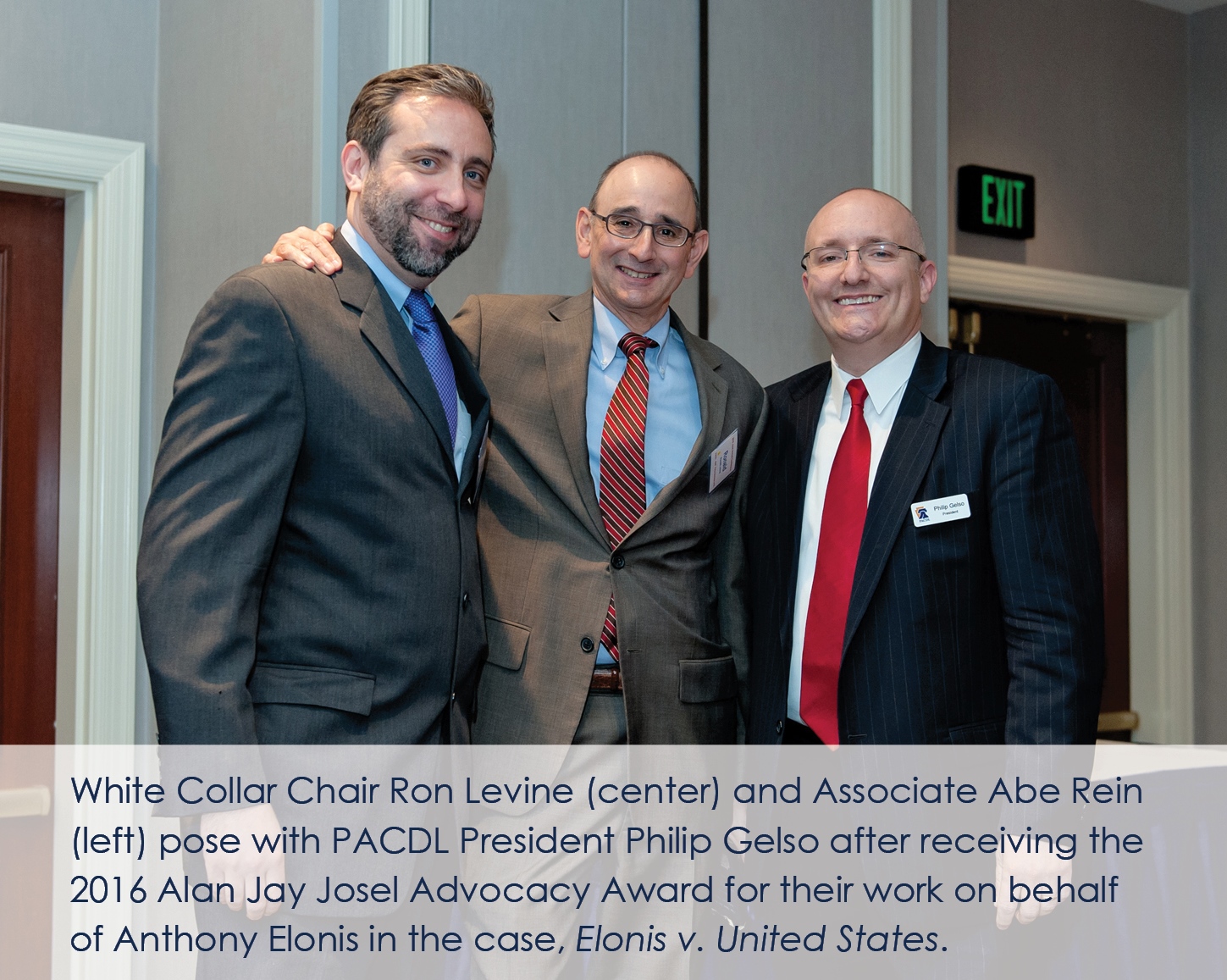 The award recognizes Mr. Levine's and Mr. Rein's advocacy on behalf of client Anthony Elonis in the case, Elonis v. United States. On June 1, 2015, the Supreme Court of the United States ruled in favor of Mr. Elonis in the case. The 8-1 ruling overturned an earlier decision affirming the conviction of Mr. Elonis on charges related to allegedly threatening posts he authored on his own Facebook page. His conviction had been affirmed by the Third Circuit Court of Appeals in September 2013.