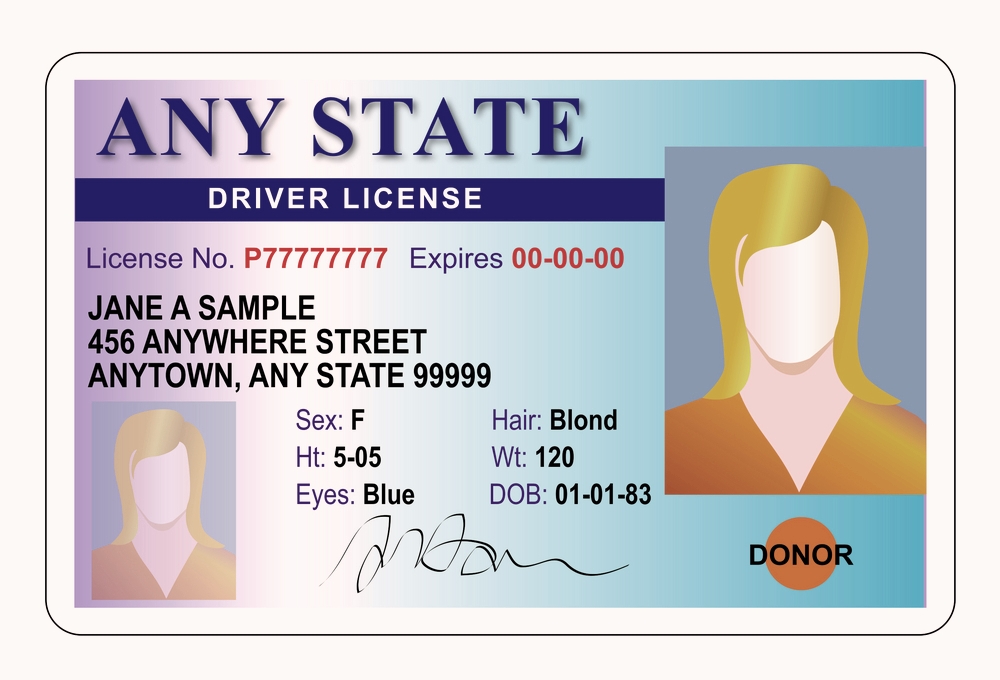 The Real ID Act was passed by Congress in 2005 to set nationwide standards for the issuance of driver’s licenses and identification cards by establishing minimum security, authentication, and issuance procedures for all states. Under the law, federal agencies are barred from accepting driver’s licenses and identification cards issued by states that do not comply with the minimum standards. As of today’s date, only twenty three (23) states are fully compliant with the Real ID Act.

The Real ID Act was implemented slowly over the last ten years. The final phase of implementation, commercial flight restrictions, was to become effective this year. To give states more time to become compliant, the Department of Homeland Security extended the deadline for commercial air travel until January 22, 2018. At that time, airline passengers with a driver’s license issued by a state that is still non-compliant with the Real ID Act, will be forced to show an alternative form of identification for domestic travel, such as a Passport, Passport Card, Global Entry card, U.S. Military ID, airline or airport-issued ID, or a federally recognized tribal-issued photo ID.

At this time, 27 states have been granted an extension by Homeland Security to become compliant. These states have until October 1, 2020 to comply with the Act. Currently, only six states and territories do not have extensions: Illinois, Minnesota, Missouri, New Mexico, Washington, and American Samoa (see the chart below for more detail on deadlines).

As of today’s date, citizens using a state-issued driver’s license seeking access to military bases, nuclear power plants, and other federal facilities that are only accessible with identification, must present a license in compliance with the REAL ID Act. At this time, the only individuals that need to be concerned are those from the six states and territories that are non-compliant and have not been issued an extension (see chart below). The REAL ID Act does not apply to individuals entering federal buildings that do not require identification (such as post offices), voting, driving, participating in law enforcement proceedings, or children (under 18 years old) flying domestically.

The potential impact of states’ non-compliance with the Real ID Act is cause for concern for any companies booking individuals for domestic air travel and that have multi-state operations and offices, as well as the agencies that provide associated booking services and itineraries. For this reason, these entities should continue to monitor and confirm when non-compliant states have made the necessary changes. Hopefully the pressure from the Department of Homeland Security will force these states to make changes. If they fail to do so, companies need to ensure that their employees have valid passports or other acceptable identification for domestic travel to and from non-compliant states. 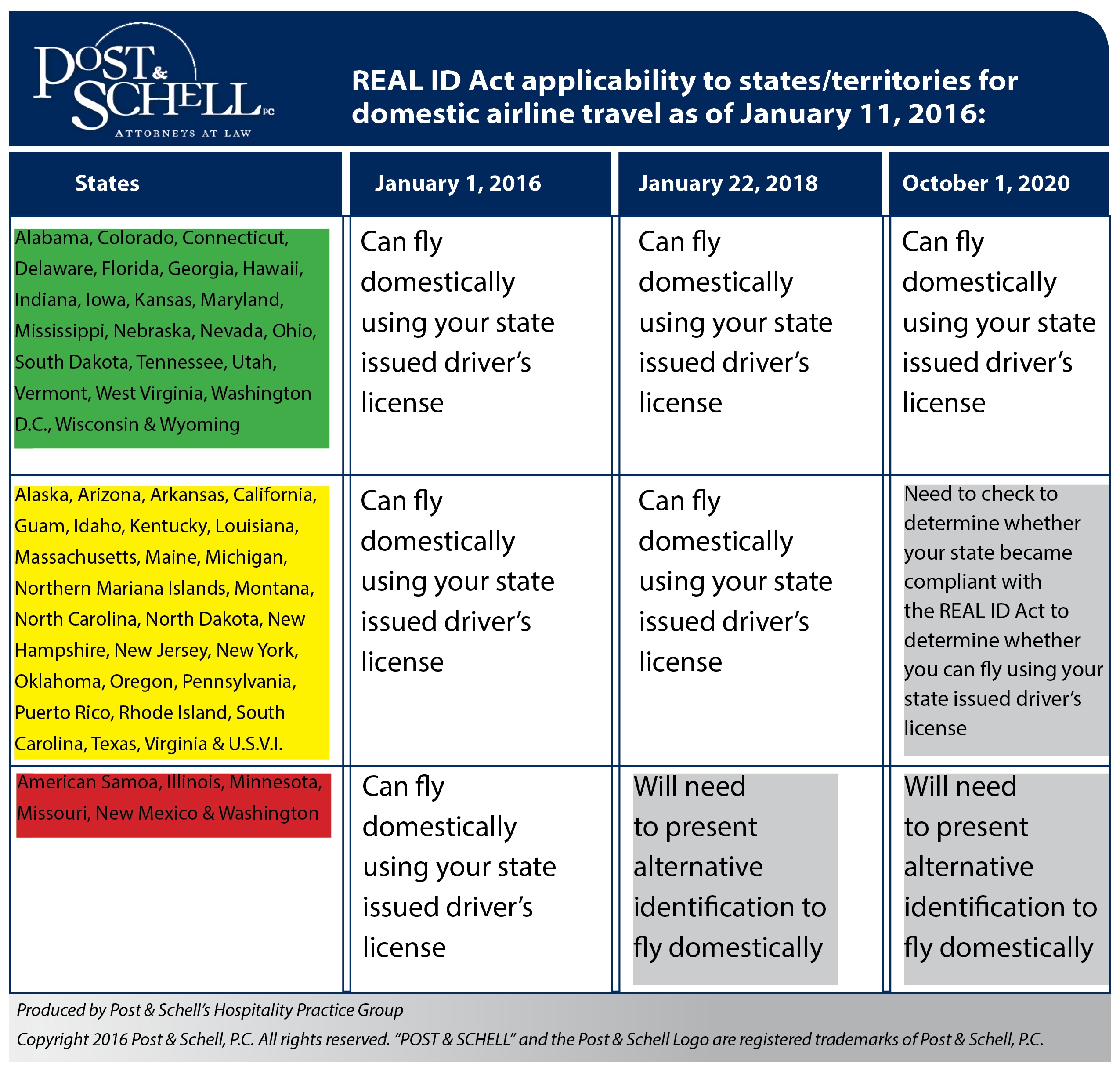 Disclaimer: This EFlash does not offer specific legal advice, nor does it create an attorney-client relationship. You should not reach any legal conclusions based on the information contained in this EFlash without first seeking the advice of counsel.