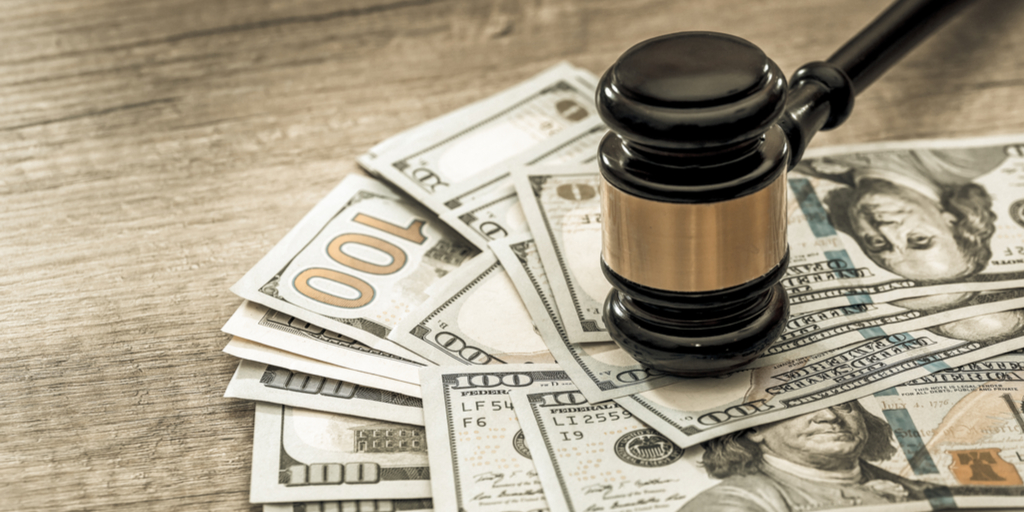 Generally speaking, restitution paid to the government as part of a settlement is tax deductible; fines and penalties are not; and the U.S. Department of Justice (“DOJ”) did not, as a matter of policy, characterize the tax impact of any settlement amounts. Often lumped together under a single settlement amount, with no demarcation between compensatory damages, punitive multipliers, or fines and penalties, the burden of demonstrating deductibility of some or all of these amounts historically has been solely on the corporation, and the amount ultimately deducted was typically resolved by the corporation and the Internal Revenue Service (“IRS”). Thus settling corporations had to rely on the history of settlement negotiations, hopefully documented, to tease out that portion of the settlement which might be characterized as deductible restitution and advocate the same to the IRS.

Currently, however, corporations and counsel negotiating settlement agreements with the United States under the False Claims Act, 31 U.S.C. §§ 3729-3733, or other statutes that provide for monetary damages and penalties, must be aware of the impact of the recently enacted Tax Cuts and Jobs Act, Pub. L. 115-97 (the “Act”) on the ability to take business tax deductions for these amounts. The Act made changes to tax treatment that are effective for agreements and orders that are finalized on or after December 22, 2017.

As we explain below, the Act is both good and bad news for corporations seeking to deduct some or all of their settlement payments. The good news is that deductions are still available for restitution. The bad news is that the path to getting a deduction requires more steps, and the steps must be taken by thoughtful defense counsel during the settlement negotiation process.

Clearly, adding tax characterization to already complicated and often tense settlement negotiations has important implications for businesses involved in government investigations and the lawyers who represent them. This post will review the changes to existing law and their implications.

Payments to a private party in settlement of a claim or to satisfy a judgment are typically deductible as business expenses under section 162 of the Internal Revenue Code. When the payment is made to a government entity, however, the picture changes: Fines and penalties were historically not deductible business expenses for public policy reasons; a deduction would not be permitted if it “would frustrate sharply defined national or state policies proscribing particular types of conduct, evidenced by some governmental declaration thereof.” Tank Truck Rentals v. Comm’r, 356 U.S. 30, 33-34 (1957) (citations omitted).

In 1969, the Code was amended to add section 162(f), which barred any deduction “for any fine or similar penalty paid to a government for the violation of any law.” I.R.C. § 162(f) (2016). A Treasury Regulation amplified the definition of “fine or similar penalty,” indicating that section 162(f) applied to civil penalties as well, including a settlement resolving potential liability for a fine or a penalty. Treas. Reg. § 1.162-21(b)(1)(ii), (iii). The treatment of restitution, however, was not entirely clear. Historically, the IRS viewed all restitution payments as non-deductible penalties, although courts took different views depending upon the facts and circumstances of particular cases, focusing on whether the payment was primarily “a remedial measure to compensate another party” or a punitive measure. Stephens v. Comm’r, 905 F.2d 667, 672-73 (2d Cir. 1990).

Another problem was establishing the extent to which a lump-sum payment was compensatory. Under the False Claims Act, a violation also can trigger tax liability for a civil penalty and for treble damages. 31 U.S.C. § 3729(a)(1). A Ninth Circuit opinion held that the correct treatment was a question of the intent of the parties and that the taxpayer would suffer the consequences of the failure of the agreement to specify the tax treatment, as it had the burden of proof on deductibility. Talley Indus., Inc. v. Comm’r, 116 F.3d 382, 387-88 (9th Cir. 1997).

While the Treasury Regulations under section 162 address the treatment of treble damages, they only do so for antitrust cases. See Treas. Reg. § 1.162-22(a). The uncertainty over tax treatment in False Claims Act cases resulted in protracted tax litigation in certain cases. For example, in Fresenius Medical Care Holdings, Inc. v. United States, 763 F.3d 64 (1st Cir. 2014), a $486,334,232 settlement resolving False Claims Act cases and “a gallimaufry” of other claims did not address the tax treatment of the payments. Fresenius, 763 F.3d at 66-67. The taxpayer and the government subsequently agreed on the treatment of some portions of the settlement, but the appropriate treatment of $192,596,817 remained in dispute. Id. at 67.

Although the settlement was reached in 2000, the tax issues were not resolved until 2014, when the First Circuit affirmed a judgment entered following a jury trial on the tax issue, concluding that the jury had properly looked at the evidence that particular payments were compensatory, rather than focusing on whether there was an agreement between the government and the taxpayer on the appropriate tax treatment. Id. at 72.

The Act makes a number of significant changes to existing law:

These aspects are discussed in greater detail below, starting with the scope of the types of payments covered by revised section 162(f) of the Code.

What Payments Are Covered?

The Act broadens the range of payments explicitly covered by changing the title of the section from “Fines and Penalties” to “Fines, Penalties and Other Amounts.” Pub. L. 115-97 § 13306(a). Then it shifts the focus away from what is “a fine or penalty,” by denying a deduction “for any amount paid or incurred (whether by suit, agreement, or otherwise) to, or at the direction of, a government or governmental entity in relation to the violation of any law or the investigation or inquiry by such government or entity into the potential violation of any law.” Pub. L. 115-97 § 13306(a) (to be codified at I.R.C. § 162(f)(1)). This change in language alters the burden of proof: The IRS will no longer have to establish that a payment is a fine or penalty; it will only need to show it was made to a government unit in the context of an assertion that the taxpayer violated some law. For obvious reasons, the payment of taxes is carved out of this rule. Pub. L. 115-97 § 13306(a) (to be codified at I.R.C. § 162(f)(4)).

Once it is established that the payment was made to a government entity based on an alleged violation of the law, the bar on deductibility applies unless the payment is either for restitution or is paid to “come into compliance with any law that was violated or otherwise involved in the investigation or inquiry.” Pub. L. 115-97 § 13306(a) (to be codified at I.R.C. § 162(f)(2)(A)(i)). The specific language is:

(2) Exception for amounts constituting restitution or paid to come into compliance with law.--

(A) In general.--Paragraph (1) shall not apply to any amount that--

(i) the taxpayer establishes--

(II) is paid to come into compliance with any law which was violated or otherwise involved in the investigation or inquiry [that resulted in the payment].

While restitution has a generally accepted meaning and the statute focuses on the compensatory nature of restitution, what constitutes a payment made to “come into compliance with any law” is likely to be subject to debate. If a corporation establishes a compliance program as part of a government settlement, are the costs of that program compliance payments or does the language of amended section 162(f) only apply to payments made to the government? The fact that new section 162(f)(1) focuses on “any amount paid or incurred . . . to, or at the direction of, a government or governmental entity” suggests that the broader reading is the correct one, but the statutory language certainly could be clearer.

Certain other aspects of the Act have implications for the scope of the bar on deductibility:

What is the Identification Requirement?

The identification requirement creates a serious potential problem: What if the government simply refuses to discuss the appropriate tax treatment? In the past, the taxpayer always had the option of litigating the correct tax treatment, as in Fresenius. Now that option appears to be foreclosed, at least if the basis for claiming the deduction would be as a business expense under section 162 of the Code. There is now, however, a reporting requirement imposed upon the relevant government unit, which may have implications for settlement negotiations.

What Is the Government Reporting Requirement?

The Act imposes a new reporting regime. Government entities and self-regulatory organizations covered by revised section 162(f) will be required to report the following information to the IRS:

(A) the amount required to be paid as a result of the suit or agreement to which paragraph (1) of section 162(f) applies,

(B) any amount required to be paid as a result of the suit or agreement which constitutes restitution or remediation of property, and

(C) any amount required to be paid as a result of the suit or agreement for the purpose of coming into compliance with any law which was violated or involved in the investigation or inquiry.

Some of the language used in the section is awkward, and the mechanics could be improved. Tying the reporting requirement to a “suit or agreement” suggests that there may be an issue on the correct treatment of restitution orders imposed in a criminal case that is tried to verdict, as the term “suit” is normally used in a civil context and there would be no “agreement” in a criminal case that went to verdict. The reporting structure is also awkward, as it contemplates that the sum of all payments to be made under the relevant agreement or court order will be known as of the date of entry, an assumption that is not realistic.

There will certainly be cases in which the payments to be made under a settlement or a court order will be fixed, but not all cases will fit that model. The expense of environmental remediation, for instance, may be difficult to determine as of the date of a settlement. Similarly, deferred prosecution agreements and corporate integrity agreements may require a business to establish a compliance program meeting specific criteria as a condition of a civil settlement or a deferred criminal prosecution. The costs of such an arrangement are unlikely to be fixed, as they typically impose ongoing obligations for at least the duration of the relevant agreement.

Shoehorning these types of arrangements into a reporting regime that calls for the government official to report a fixed amount as of the date of the agreement will be difficult and potentially misleading. It will be difficult because the taxpayer’s ability to predict the costs of a compliance program in advance will be limited. It will also be potentially misleading because the estimated cost of compliance could be grossly inaccurate. To compound the problem, in some instances the government official required to file the information return may not know what the relevant cost is.

Despite its flaws, this reporting requirement may be helpful. It will force agencies to provide a breakdown of a settlement when reporting to the IRS, which may make them more receptive to discussing the characterization of settlement components, particularly since the agency’s agreement to a particular characterization will not bind the IRS.

James R. Malone, Jr. is a Principal in the Firm’s Tax Controversy Practice, representing clients in disputes with federal, state and local tax authorities in both administrative proceedings and in court. His clients include businesses, non-profits, individual taxpayers, accountants, and tax preparers.

Ronald H. Levine is Chair of Post & Schell's Internal Investigations & White Collar Defense Group and former Criminal Division Chief at the U.S. Attorney’s Office in Philadelphia. He counsels and defends corporations, as well as directors, executives, professionals and others, confronting potential allegations of fraud or other misconduct at all stages of the government enforcement cycle.