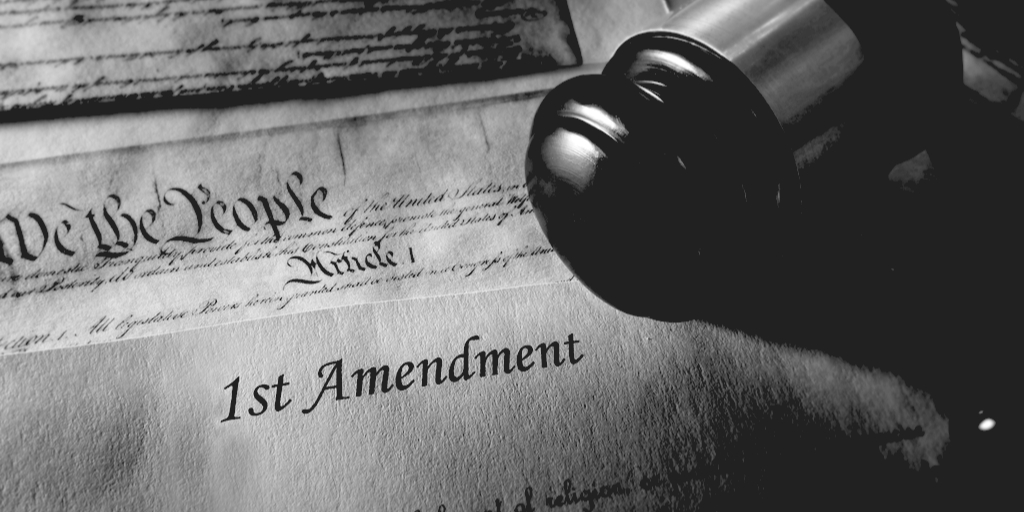 On January 10, 2020, the Third Circuit Court of Appeals considered whether a non-disclosure order, entered pursuant to the Stored Communications Act, preventing an electronic service provider from informing a third party that it received a grand jury subpoena, runs afoul of the First Amendment. In In re: Subpoena 2018R00776, No. 19-3124, 2020 U.S. App. LEXIS 842 (Jan. 10, 2020), the Third Circuit held that despite constituting a content-based, prior restriction on the speech of a grand jury witness – who is not typically bound by grand jury secrecy – non-disclosure orders withstand strict scrutiny given the government’s compelling interest in maintaining grand jury secrecy.

The Stored Communications Act of 1986 (“SCA”) was designed to balance the legitimate needs of law enforcement with users’ privacy interests and electronic communication services providers’ business interests. It authorizes the government to obtain search warrants, court orders, and subpoenas to get subscriber data directly from an electronic service provider. A service provider who complies with a grand jury subpoena for such information is a grand jury witness.

Federal Rule of Criminal Procedure 6(e)(2) requires certain types of individuals to maintain the secrecy of grand jury proceedings, such as grand jurors, court reporters, and government attorneys. Grand jury witnesses generally are not subject to this secrecy obligation under Rule 6(e)(2). However, the SCA expressly authorizes courts to prohibit a service provider from notifying “any person” of its receipt of a grand jury subpoena or other legal process, if certain conditions are met. See 18 U.S.C. § 2705(b). The SCA provides that a court “shall grant” a non-disclosure order when the court determines that disclosure by the service provider would result in:

Id. A non-disclosure order prohibits the service provider from revealing its receipt of a grand jury subpoena or similar process for up to one year. Id.

In re: Subpoena 2018R00776:  First Amendment Challenge to Non-Disclosure Orders

In In re: Subpoena 2018R0776, an unnamed electronic service provider received a grand jury subpoena and a warrant for information about one of its customer’s employees, who was the subject of an ongoing criminal investigation. Both the grand jury subpoena and the warrant were accompanied by non-disclosure orders (“NDOs”), prohibiting the provider from disclosing the existence of the subpoena or warrant for a year. The service provider complied with both requests and furnished information to the government.

The Third Circuit determined that it had to apply strict scrutiny to the service provider’s First Amendment challenge for two reasons. First, the NDOs constituted a content-based, rather than content-neutral, restriction on speech, as they only prohibited the service provider from conveying information about the grand jury investigation. This would trigger strict scrutiny. Second, the NDOs also constituted a prior restraint on speech, which is presumptively unconstitutional and therefore also subject to strict scrutiny. 2020 U.S. App. LEXIS 842 at *9-*11.

To survive strict scrutiny, the government must establish that the NDOs (1) serve a compelling governmental interest; (2) are narrowly tailored to achieve that interest; and (3) constitute the least restrictive means of advancing that interest. The Third Circuit found each requirement satisfied with respect to the NDOs at issue.

Second, the court held that the NDOs were narrowly tailored because they are limited to one year and only apply to information about the instant grand jury proceeding. The court noted that the NDOs “do not prohibit [the provider] from discussing the government’s requests abstractly . . . by disclosing the number of data requests and NDOs they receive in public docket civil complaints” and thus could “hardly be described on a ‘total ban’ on speech.” Id. at *15.

Finally, the court concluded that the NDOs were the least restrictive means of advancing the government’s interest in maintaining grand jury secrecy. The court rejected the service provider’s contention that less restrictive options were available, such as notifying the trustee but not informing it of the identity of the target employee. The court held that such a solution posed an unacceptable risk to grand jury secrecy in an on-going investigation. Although the bankruptcy trustee is approved by the Department of Justice prior to appointment, the court held that neither the court nor the government “can be expected to vet individuals selected by service providers [to receive disclosures] and determine their risk of subverting an ongoing investigation.” Id. at *17.